A poet made of love, sorrow, freedom and madness

I am a little and furious bee

Alda Merini is the poet of the deepest feelings of the human nature: in her poems, she talks about love, sorrow, freedom and madness. With her words, she shows us the countless aspects a woman can wear and feel.

She is indeed one of the greatest Italian poets of the Twentieth Century: a stubborn woman, fragile and strong, a woman that wanted to be free. A true poet.

Her life has not been an easy one, yet she managed to turn all her incredibly hard experiences into words, into poems: thanks to her extraordinary perception, she created art out of pain, but also out of deep joy.

Alda Merini was born in Milan, on March 21st 1931 – as she says, “Born on 21st at Spring”. Her father who was working as an insurance manager and was the son a disowned duke, taught her to read when she was five; she would then read the entire Divina Commedia of Dante Alighieri at the age of eight. She discovered to be a poet very early, and at ten years old she won the price Little Poet of Italy.

In 1943, the British army bombed Milan, and her family lost everything: they then had to move in with some relative in a city nearby, and she would come back to Milan few years after that.

For Alda, poetry and mental institutions were constantly present in her life, since when she was very young.

In 1944 she married her first husband, Ettore Carniti, who owned some bakeries in Milan: she was only 14 years old.

The guy didn’t had any idea about what poetry was nor did he know that Alda was an actual poet: indeed she was writing and she would be published few years later her marriage. Carniti couldn’t understand Alda: she was trying her best to be a good mother and wife, but her mental instability wasn’t easy. Probably, her need of freedom was also very scary for him, quite unacceptable, even if what was making her free were words on paper.

In this marital misunderstand, he was generally coming back home drunk and beating her, until the night when she crashed a chair on his head. He would then call the police and Alda was sent to the medical institution: this was the first of a long story of institutionalization for her. 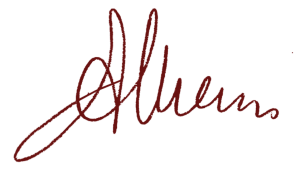 Go to About page to subscribe to my newsletter and get 10% discount! Dismiss