Yes, the writer of Frankenstein was a woman!

As the daughter of William Godwin (radical philosopher) and Mary Wollstonecraft (women rights activist and author), Mary Shelley, has been the youngest author of the Romanticism literature.

She was strong, rebel, intelligent and a writer, a mother, a person who suffered many losses in her entire life. Her personal story has been entangled with the idea of death since her very first days: her own mother died few days after giving birth to Mary. Later on, Mary herself lost many of her children, and she experienced the loss of the love of her life.

Frankenstein or the modern Prometheus

Thanks to Mary Shelley’s talent and vocation, she was the creator of the archetype of doctor Victor Frankenstein and of his creature, the powerful and flexible images that talks about what life really is and what death really is. Indeed, more than two hundred years after its publication, her most known work “Frankenstein or the modern Prometheus” still speaks to us directly as a myth about contemporary life.

The metaphor of Frankenstein can be still used in our modern world, as an images that very well pictures many aspects of our own life today, the imbroglio between life, science, technologies that we are all experiencing on our own skin, and in our very daily life. For this, her book “Frankenstein” is a wonder, a miracle, a piece of literature that must be read with wide opened eyes also to understand and question the modern world we are living in. 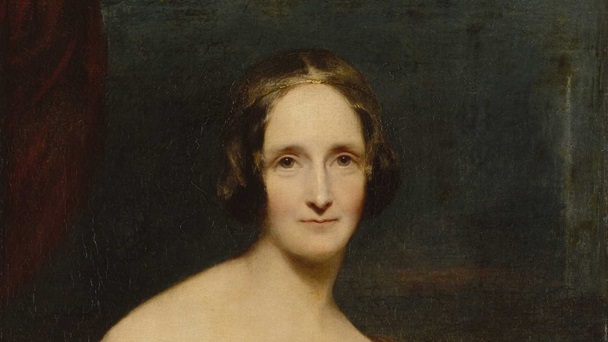 As she was a girl, she received a very little formal education, but at the same time she had the privilege of coming from a literate family who dealt with literature all the time. She grew up idealizing her death mother, who was already a strong opinionated lady and a writer herself, and who for all her life had fought for women rights as an ante litteram feminist.

Following the ideas of her parents, a sixteen years old Mary run away with the poet Percy Bysshe Shelley, who was at that time a married man with a child: they were in love, and she knew that socially she would have been ruined by that, but she did it anyway because she was strongly believing in her father philosophy of free love and in the concept of an open marriage, even thought later on in their relationship this would be very difficult for her to accept.

Born as a literature game between friends, in the 1818 her book Frankenstein was published: some people considered the novel to be the creation of Percy; Mary was quick to refute this and she would fight to be accepted as the writer of it.

Mary Shelley is still today an inspiring woman who made her life a piece of art, and her art a powerful gift for all the human kind.