Cat – Courage and curiosity of the truth behind the veil

Courage and curiosity of the truth behind the veil 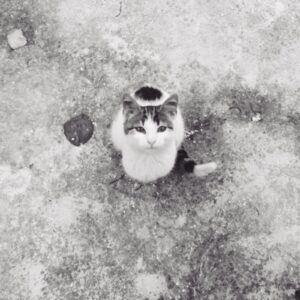 A lovely creature that knows how to cohabitate the space within humans, a cat is a soft ball of fur that sometimes uses the nails to set up boundaries.

If you feel attracted from this animal and their presence is recurring in your life, there might be a message for you!

A piece of the illustration of ‘The cat and the woman’

A cat knows that the truth is always hiding behind

As a totem animal, a cat embodies the actions and courage that are necessary to explore the unknown: a cat knows that the truth is always hiding behind. For this a cat is a strong symbol of the connection with what usually hides in the darkness.

Indeed, cats can see in the dark and usually they are awake in the night and they like roaming around. Maybe it is for this, and surely for their independence, that for centuries cats have been considered representative of witchcraft and magic, especially if they were black, thus even more mysterious! 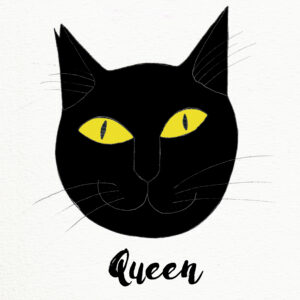 The healing from inside out

A cat as spirit animal may represents the patience of waiting for the right moment to act, a strong personal independence and yet the necessity of social connections, also it embodies the courage, an healthy and deep relationship with the self, the healing from inside out, curiosity, and the need to explore.

Thus, as a spirit guides, a cat suggest you to explore areas in your life or aspects of yourself that you have been ignoring thus that you don’t know well.

Especially a black cat appearing in you life tells you to pay attention to your intuition.

In additions, cats have been believed to be able to travel between dimensions.

Do you think that there might be a message from another dimension for you? A cat would show you the way to get it!

When women blend and merge their essence with the intense wildness of a spirit animal, their freedom become limitless, their creativity and courage become stronger, they become powerful beings embodying the wildness aspect of themself, something that is already and intrinsically part of them, as it is part of all of us.

Animals are also a reminder for us to live fierily our life, to feel and enjoy our body, to listen to our womb, and to questions and to sting our mind. Our sprit animal become in our life a protector, a guide and a good luck charm.

Wild animals appear in our life when we mostly need them: they come to guide us in difficult and challenging times, during transformation. When we feel in need, we can also call their presence, embody their energy and we will feel immediately stronger and freer.

The Cat and Woman