Why does she inspire me?

Adeline Virginia Stephen was born on January 25th of 1882 in London from a middle class family of intellectuals: her father’s friends were some of the most eminent intellectual figures of the Nineteen-century. During her life, she has ben strongly affected with mental health problems and she had two major breakdowns in her life; one, when she was still very young, happened after the death of her mother. And she had a last strong episode that made her decide to suicide in the Ouse River, putting stones in her pocked for draining. 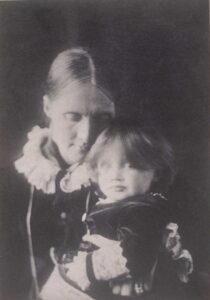 Freedom it is not doing whatever you want, but willingly doing what you do

Virginia Woolf is, still today, a strong archetype for all the women that feel the deep urge to be free. Although, to be free is a tricky idea, so I need to explain what I mean better, follow me please. There is an Italian saying that my mother used to tell me and that states:

In English it could be translates as something like: “Freedom it is not doing whatever you want, but willingly doing what you do”

The difference between the two ideas here is like a gap that is impossible to be filled: they are indeed two very different concepts.

As a matter of facts, being able to do what you want, means that you know yourself quite deeply and that you are aware of what you want to do, of what you need to do to feel satisfied of your life: and you can do that if you live in a society that allows you to. Doing whatever you want is another kind of freedom, perhaps a more superficial one, because it seems to relay on laziness, on voluptuous pleasures and another actions that don’t have anything to do with you deeper needs of life.

Thus, Virginia Woolf represents the freedom intended as the ability of doing what you want and if we are still talking a lot about her today is especially because of what she did for hordes of women that came after her: she, with her work, started to liberate women from prejudices opening the vision upon what a women can be and become. 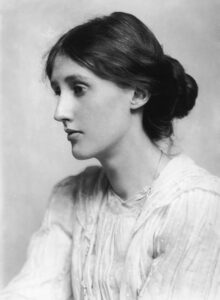 She, herself, was a female writer in a patriarchal system. With her work and her presence, she rises issues about gender roles: she contributes to define the new identity of women as she for instance destroys the stereotypes that only men can be important writers.

The movement that Virginia Wolf activated with her own life and art, is the women liberation movement that is strictly related to the idea that a woman is more than a merely a mother and a wife, and she can actually be the very thing she wants. And believing so, she became a writer, one of the most important in the literature of the Nineteen-century, in world where most of the writers were men.

Virginia Woolf had the clear vision upon society and upon women position in it: she was the pioneer of the early twenty century feminism and with her work as writer, as a feminist, as a journalist, as an essayist, a biographer and a publisher she increased the self-confidence of many women during the Nineteenth Century and after, until today.

She is housed deeply in our heart, and the gratitude for her existence is immeasurable.